Social Media Developments to Watch in The New Year

Social Media Developments to Watch in The New Year

We were exposed to a realm of new functions across social platforms in 2017 and the new year is predicted to be much the same, with updates, shifts and developments already occurring across the social media spectrum.

To keep you in the loop, we’ve put together a short summary of just a few of the changes and expansions we’re most interested and excited to see emerging through our social channels this year. 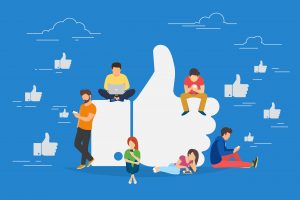 With more than 2 billion monthly active users, Facebook has well and truly woven itself into the fabric of society on a global scale, so it may seem unlikely, but the social media giant, has found their goal for 2018 and they’re sticking to it. Last week, Mark Zuckerberg, founder and CEO of the world’s largest social media platform, released a controversial statement via his Facebook page that detailed the company’s plans to reduce in size over the coming year. In his 3,000-character post on Friday, he stated, “One of our big focus areas for 2018 is making sure the time we all spend on Facebook is time well spent.”

Through recent studies, it was brought to light that, even via social media, “strengthening our relationships improves our well-being and happiness.” However, it also became clear, he divulged, that “public content — posts from businesses, brands and media — is crowding out the personal moments.” In an effort to bring Facebook back to its roots – “to bring us closer together” – the plan moving forward is to tune out publishers and brands and focus more intently on the “meaningful interactions” between family and friends. This, he said, will involve “a major change to how we build Facebook.”

But why the sudden moral subjugation?

“Too often today, watching video, reading news or getting a page update is just a passive experience,” Zuckerberg explained. “Facebook has always been about personal connections” but present-day audiences have become desensitised to the content spattered across the platform. The entire Facebook model relies on peer-validation and gratifying feedback; however, likes, shares and follows are no longer necessarily an accurate indication of engagement. To combat this, Zuckerberg has hatched a plan to return focus to this very notion, and his efforts to reduce the white noise is intended to pinpoint attention and increase the ratio of true engagement.

“It will take months for this new focus to make its way through all our products”, he said, but changes to the platform’s functionality are set to dribble out to reduce clutter on News Feeds throughout the coming year. “I expect the time people spend on Facebook and some measures of engagement will go down,” he concluded, “but I also expect the time you do spend on Facebook will be more valuable.”

So, what does this mean for advertisers?

“The public content you see more will be held to the same standard,” Zuckerberg says. What he seems to be implying here is that businesses, brands and media outlets will be minimised but not muted. This may mean that a new algorithm is in store to weed out what Facebook deems to be ‘advertising litter.’ This will call for more tactical social media strategies from digital specialists in the future

As these changes emerge it will be important to have an expert in your corner to ensure you can make the best moves you can to reduce the impact on your current social strategy.

Is Zig the Next Big Thing in Social Media?

While Facebook plans to shrink, the new smart device app, Zig, has launched onto the market in a bid to revolutionise the way we receive news – and with big-name backers, it’s a likely success!

Originally designed for entertainment news, founders Joshua James and Adam Platzner pitched the idea at a Vanity Fair conference centred on the tech-industry back in 2016. Graydon Carter, the now ex-editor of the high-flying, American fashion and entertainment magazine, was there and jumped at the chance to contribute. Since, the news app has secured several distinguished investors, including music producer Quincy Jones, Hollywood tycoon Ron Meyer and global goliath of concert entertainment, Live Nation, giving it every chance of a successful rise to mainstream appeal in 2018.

Taking its form and structure from popular social media applications, such as Facebook, Instagram and SnapChat, Zig collates the latest news from a range of different sources and presents it on “a delivery system that is familiar” to the target demographic, said Co-Founder, James.

How does it work, you ask?

Aimed at millennials – who notoriously “think in more visual terms, than in textual terms,” says Carter – Zig displays photos as the hook for each media article, linking directly to the editorial text to simplify the user’s consumption of news and slash the time spent trawling websites for relevant information.

With a customisable News Feed (just like Facebook), the user can select the subjects and celebrities they wish to follow, or link the app up to Facebook or Twitter to use their social media activity as a guide for their interests, guaranteeing that the news delivered is relevant to the viewer. From there, the platform is very much like other social channels, in that you can share articles with friends and even send SnapChat-style reactions to contacts.

This platform is currently ad-free but stay tuned for developments as the app gains traction and notoriety in the coming year as there are bound to be opportunities to feature on the app in the future. 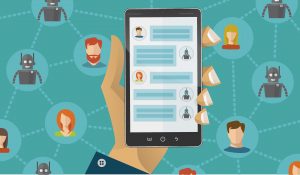 We’ve previously identified Chat Bots as a primary tactic for web in 2018, but this intelligent technology is also emerging onto the social scene. The new Facebook Messenger Bot function has been opening doors for businesses since its launch in November last year and is set to become more popular in the year ahead.

The new technology features software that pretends to be a person. Once installed and programmed, this fake person (or Bot) is able to respond to messages through Facebook Messenger, providing consumers with the illusion that they are being attended to personally.

The Facebook Messenger Bot not only provides a more personal experience, allowing the user the opportunity to interact directly with the brand, but it also ticks the box for efficiency, enabling customers to obtain information instantaneously.

To chat to someone about how to implement this new media across your digital marketing strategy, get in touch with us today! 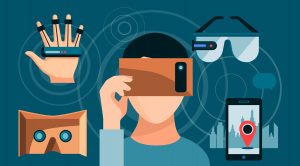 In 2017, leading tech developer, Apple, launched the iPhone 8 and the iPhone X, both of which include a chip with the capacity to generate an unbelievable augmented reality (AR) experience for its user. 2018 provides a stage upon which the technology can grow, so we are sure to see it develop throughout the year.

While it may take a little time, after the initial impact has set in on mobile gaming and AR and VR (Virtual Reality) have settled into the mainstream, we are likely to see this technology filter down to social media functions. For example, it could include the addition of this functionality to SnapChat and Instagram filters or, further down the track, the capacity for brands to project their products in the homes and offices of their consumers. 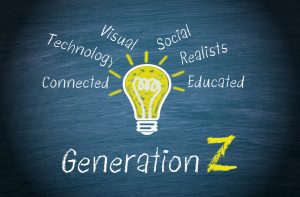 Who are Gen Z and What’s a Digital Hangout?

Goldman Sachs’ latest study identified Gen Z as the most valuable consumers in the marketplace. Gen Z is made up of youths born any time after 1995. These consumers are on the brink of entering the workforce so are experiencing increased buying power. As a result, brands should look at shifting their digital strategy to incorporate marketing across the platforms most popular within that audience.

A Digital Hangout is a live video streaming service, currently trending with ‘Gen Z-ers’, that allows users to virtually “hang out.” There are many different apps and websites that offer this type of online interaction but Houseparty is one of the most popular, with a user base of over one million – and it’s only going to grow. The execs at Facebook have recognised the shift toward Gen Z and, as such, are already beginning to gear their developments toward the youth audience, investigating Digital Hangout functions, to implement across their own platform in 2018.

This will, yet again, change the way we advertise on Facebook, opening the door to a whole new marketing space.