The Kids Are Alright: The Forbes Under 30 Summit

Is anyone else twitching with jealousy at the thought of those lucky son-of-a-guns heading to the Forbes under 30 Summit in a little under a month, or is it just us? Yes, it’s true, sadly we won’t be attending on a count of flights, accommodation, and countless hours away from our desks that would be better spent servicing you, our clients – priorities. Instead, we are forced to look on from afar as Forbes continues to drop the names of its impressive keynote speakers. Among the latest drop; supermodel and body positive activist Ashley Graham, Tom Lehman from Genius.com, and blogger, fashion icon and founder and Editor-in-Chief of Rookie Magazine, Tavi Gevinson. Excuse me while I turn into a stage four fan-girl *flails*.

For those of you who don’t know what the Forbes Under 30 Summit is – we’ll give you the skinny. The event showcases 2,000 of the planet’s top young entrepreneurs, as well as world-class mentors, panels and keynote speakers. If you’re interested in fresh, innovative ideas and mingling among the minds behind them, this is where it’s at. Keep in mind that those who are interested in going will have to fill out a vigorous application form for the chance to attend, naturally.

Now that I have had a chance to collect myself let’s take a closer look at the summit’s latest drop of keynote speakers (I’m a sucker for punishment). I’m a big fan of fashion-industry-beauty-standards-game-changer, Ashley Graham. Firstly, she’s using her huge social media following to challenge the unrealistic beauty expectations shoved down our throats every day. Secondly, she’s a massive babe. With 417,00 followers on Instagram and 36,300 followers on Twitter, Graham has turned her celebrity status into a means of activism. Relentlessly pushing to change conventional notions in the fashion industry as co-founder of ALDA, Graham, has helped head numerous body positive campaigns, preached her message upon many stages and contributed to various charities. You may know her from her TED Talk, Plus Size? More Like My Size, or covers such as Sports Illustrated’s swimsuit issue. Ashley Graham has taken her success and utilised it to empower the woman of the world, where in some countries size 8 is considered plus-sized. After years of being told the contrary, it will be no easy feat, but anyone willing to share their spotlight with such an important cause deserves every ounce of praise heading their way. Having proved there is much more to her story than holding the title of first, plus-sized model to grace the cover of Sports Illustrated; we’re excited to see where Ashley Graham’s next chapter takes her. 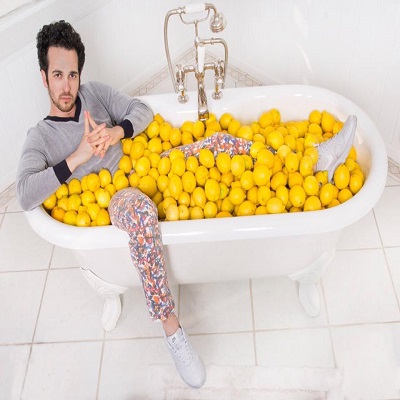 Tom Lehman, is the co-founder and CEO of the hugely successful (and infamous) music annotation site Genius.com. Are you an avid music fan? Are you a serial offender of getting lyrics wrong? Or are you just struggling to put your finger on what dope rhymes Nicki Minaj is putting down in her latest track? Whatever your musical query, Genius is for you. In fact, Genius is for everyone. Now with Kanye, Kendrick and Hamlet among countless others analysed and annotated by the site – there’s something for everyone. No, that’s not a typo, the music annotating site formerly known as RapGenius, now annotates texts, TV shows and websites too. Genius users compete against themselves and other users for IQ points and the chance to be deemed a scholar on their favourite artist/TV show/movie/novel. Users can also watch live as the site’s collective IQ rises before their eyes on the site’s live IQ tally (currently sitting at 87,854,747 and rising). Seemingly with their sketchy past behind them, the site only seems to grow with every passing day and new song release. After revamping their website and iOS app, and releasing an Android app earlier this month, the site as of last Thursday now also detects 7 languages. The Genius brand appears eager to evolve with its users, and a company prepared to evolve with its users is a company with the potential for longevity. Aspiring startups everywhere could learn a lot from the highs and lows of the team behind Genius.com. You can follow Lehman, on Instagram here, and Twitter here. 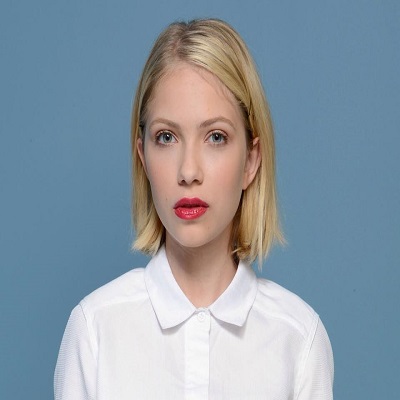 Tavi Gevinson is a writer, actress, singer and founder and Editor-in-Chief of Rookie Magazine. Tavi (we’re on first name basis) came to public attention at the age of 12, due to her fashion blog Style Rookie. Style Rookie soon had 54,000 readers daily, including Anna Wintour, John Galliano and Karl Lagerfeld. By the age of 15, she had shifted her focus to pop culture and feminist issues, starting an online magazine of the same name but dropping the ‘style’. Now 19, a student at NYU and the new face of Clinique’s #FaceForward campaign, Tavi is far from your regular teenager. Her accomplishments include three editions of Rookie Yearbook, acting alongside the late James Gandolfini in Enough Said, and last year alongside Michael Cera, in Broadway’s This is Our Youth. Additionally, Tavi has spoken on various stages around the U.S and abroad including her TED x Teen Talk, and Tavi’s World, here in Melbourne for last year’s Writers Festival. The list of contributors gracing the pages of Rookie including Lorde, Lena Dunham, Grimes and Dakota and Elle Fanning. Tavi is redefining our idea of a working woman a little over a year since finishing high school. With Rookie readers worldwide, 341,000 Instagram followers and 330,700 Twitter followers – Tavi is the type of young, strong female entrepreneur I wish I had to look up to when I was a teenager.

So for a generation that by all accounts had been declared out for the count by its predecessors, in the words of The Who; the kids are alright.

Also, if you’re reading this and have already secured yourself a spot at the Forbes Under 30 Summit, I will pay you in word limits to live tweet or Snapchat the event. Thanks in advance.